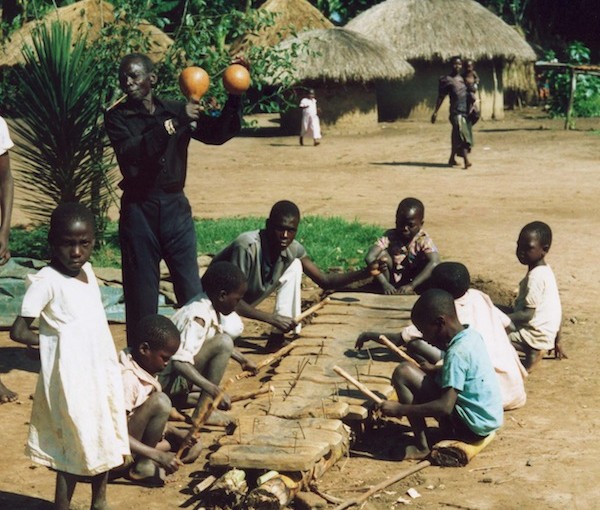 These began in London in 1964 a few weeks before travelling out to begin teaching in Kampala, Uganda.  On the stage of the Prince’s Theatre, London,  I received my first lesson in playing the Kiganda amadinda xylophone from the South African musicians Andrew and Paul Tracey before their evening show Wait a Minim.  My work in Uganda led me to begin exploring that country’s traditional music initially with the aim of collecting useful materials for my teaching there.  That exploration has continued  – apart from during the chaos of the periods of the rule of Amin and the Second Obote regime (1969-87).  Early retirement in 1989  allowed me more time to continue this research.

Virtually all of my audio field recordings of Ugandan music (except for the most recent) are available for listening and research on-line at the British Library’s site BL Sounds.  Go  to http://sounds.bl.uk/World-and-traditional-music .  There you can also find the earlier important set of recordings made by  Klaus Wachsmann.

Twenty four Songs of Uganda, Kampala, 1966 (anthology of traditional songs), 52pp (with tape recordings of performances by the choir of Nabisunsa Girl’s School).

The Ganda Ndere: An examination of the notched flute of the Ganda people of Uganda. MA research diss., University of Wales, Cardiff, 1970 (click here to access a  pdf – The Ganda endere)

“Tuning in to African Music”, Overseas Challenge [Bulletin of the National Council for the Supply and Training of Teachers Overseas], xxiii, Autumn 1972, p. 5-7 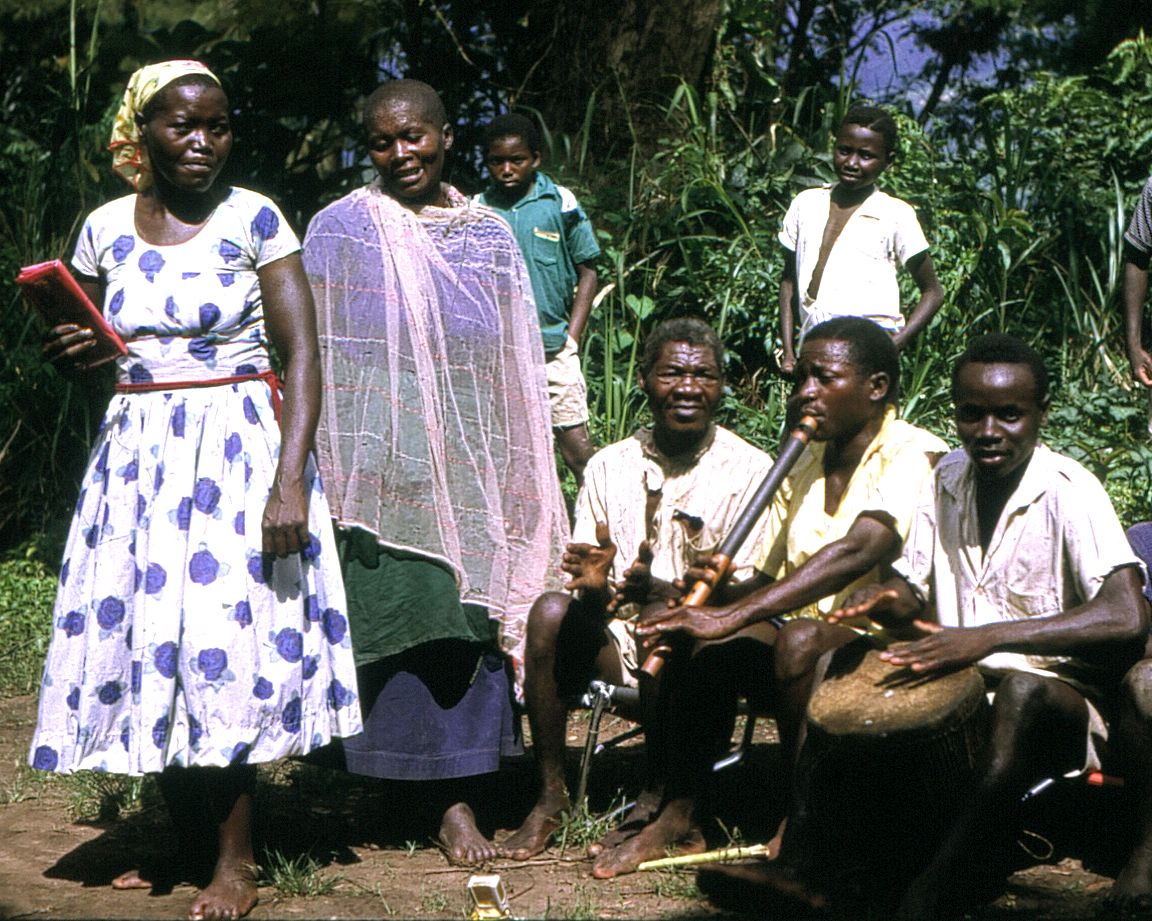 “Ssematimba ne Kikwabanga : The music and poetry of a Ganda historical song”, World of Music, xxix/2, 1987, p 49-68 (with F. Katamba).  For the pdf click KatambaCooke. Listen to the performance  below. 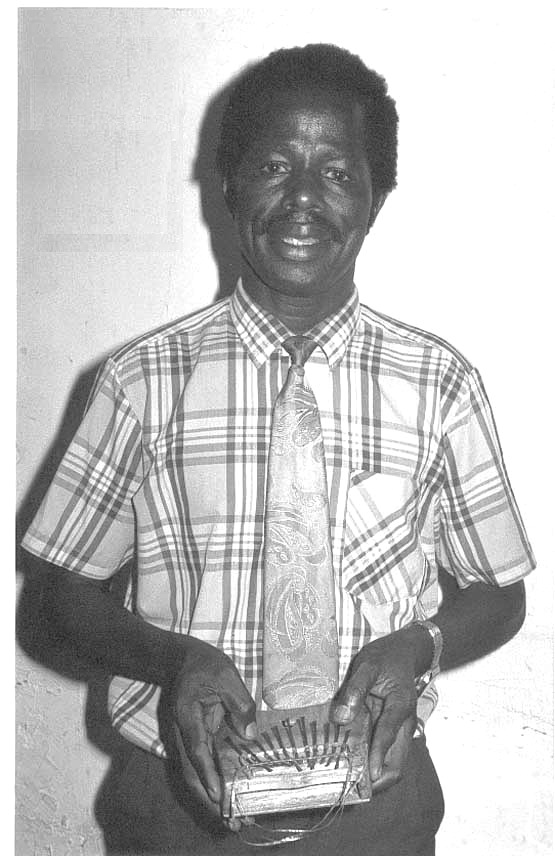 Teach yourself the Budongo,
(12-page booklet and cassette), with Christopher Kizza, (produced for use both in Uganda and in multi-cultural education in UK, USA etc.), 1988, Edinburgh, 12pp. (now available on CD).
This package and the two following are for sale:  the proceeds are for the families of the musicians.  Apply to me.

Musilit Concert 1987 – Village music from Nkore, western Uganda. (cassette – produced principally for use by Ugandans), 1988 (Now available on CD. Apply to me) 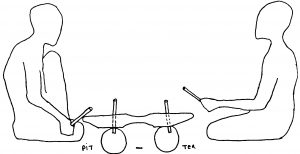 (Instructional cassette and book), produced in collaboration with A. Ssempeke, (produced for use both in East Africa and in multi-cultural education in UK, USA etc.) 1990, Edinburgh , 29pp. (now available on CD)

Exploring musical pitch systems”, Bulletin of the UK Chapter of the International Council for Traditional Music, No. 27 Autumn 1990. pp 6-24 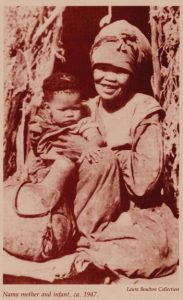 “On the trail of the Music Hunter” , Resound,  x/3, quarterly journal of the Archives of Traditional Music, Indiana University, Bloomington. 1991. p 1-4 [about Laura Boulton’s research in SW Africa]. Click boulton-1 to download a typsescript copy of this article.

Exploring African Rhythm – Hypercard stack for use with Macintosh computer and MIDI synthesizer, 1992 (available then as shareware). 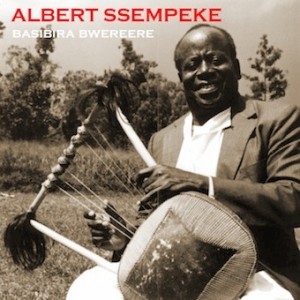 “Call and Response: A Reply to Ulrich Wegner”, Ethnomusicology, 38/3, 1994, 475-480 (on the subject of inherent patterns in Kiganda xylophone music). Click here for the response.

“The Musical Scene in Uganda – views from without and within”. Joint article with Dr. Sam Kasule, in African Music, vii/4, (1999), 6-21. Click here for the article (courtesy of Rhodes University). 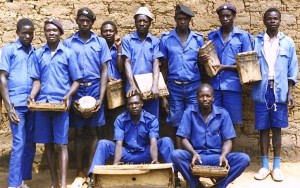 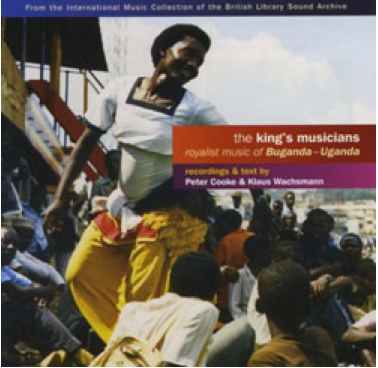 Something Is Wrong: Vintage Recordings From East Africa.  I researched and provided documentation and translations.  Honest Jon’s Records, London (2010, on Vynyl and CD).

“The Legacy of Klaus Wachsmann” in Ethnomusicology in East Africa – Perspectives from Uganda and Beyond. Eds. S. Nannyonga-Tamusuza and Tom Solomon. Fountain Publishers Kampala (2012), 3–15.

‘Sound repatriation in Uganda “And…er…of course, I…we didn’t just leave it at that.” And a saga from the pre-digital archiving age.’ In Sound Matters (blog published by the Society for Ethnomusicology).
Click here for  the blog  Sound Matters