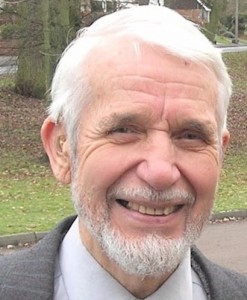 I am a retired ethnomusicologist though I don’t consider the ‘ethno’ prefix necessary neither do I feel that  I have really retired, yet.

For over five decades I’ve conducted most of my research on on Scottish and African music though I also made brief visits for research in India and Malaysia. This website also contains posts (Occasional Blogs) featuring artists,  musicians and musical instruments in Uganda, Scotland and India.

I taught music in secondary schools and as a lecturer at Redland College of Education (Bristol) before moving to Uganda in 1964 to work as head of music at Makerere College School. A year later I was moved to the newly founded National Teachers’ College at Kyambogo (now Kyambogo University) to establish the new music department.

I returned to the UK in 1968 and in 1969  was appointed to lead research into the traditional music of Scotland at the School of Scottish Studies, Edinburgh University. While there I gained my doctorate with my study  The Fiddle Music Tradition of the Shetland Isles (1980) and also initiated ethnomusicology courses within the Faculty of Music.

I took early retirement in 1989.  This allowed me more time for research and to resume visits to Uganda and to undertake some archival work. For instance, I prepared my own collection of Indian and African field recordings  for deposit in the British Library’s National Sound Archive and in 2002-2003 I visited Banjul as a World Bank  consultant to undertake the re-equipping of the Gambia National Museum’s sound archive and the retraining of its staff.  I  spent a semester as Visiting Professor at the Archives of Traditional Music at Indiana University, organising and indexing the Laura Boulton Collection of field recordings and while home in Edinburgh in 1994-5 I worked similarly on the Jean Jenkins Archive housed at the National Museum of Scotland.

I was until recently a Research Associate at SOAS, London and also classed as a Visiting Academic at Birmingham University (where I taught ethnomusicology part-time for a decade).  I’ve  continued to give occasional lectures and workshops (eg. The John Bird Lecture at Cardiff University in November 2015; the John Blacking RAI lecture at Durham in 2014;  and a lecture-workshop at Keele University 2018).

Among my hobbies have been conducting (I was Chorus Master and Assistant Musical Director of  the Bristol Opera School before going to Uganda) and have enjoyed playing early European music and giving workshops in African music performance, in particular, the Kiganda amadinda and the Kisoga embaire xylophones as well as various styles of drumming..

I also play piano, viols and recorders and for a decade until 2014 served as Musical Director of the Birmingham Branch of the Society of Recorder Players.

Sailing has been a much loved pastime. With my wife Diana and our three sons we have explored most of the coastal waters of Scotland and the western and northern isles. This painting of the Norwegian folkboat Ellevil (our first sailing cruiser) was made by the marine artist Pete Stuckey who sailed with us in 1965 in Ellevil on our last voyage from Helford River to Fishguard before we moved to Uganda.